Seriously, how much would you like to earn just being YOUR best rather than failing by trying to be “THE” best? 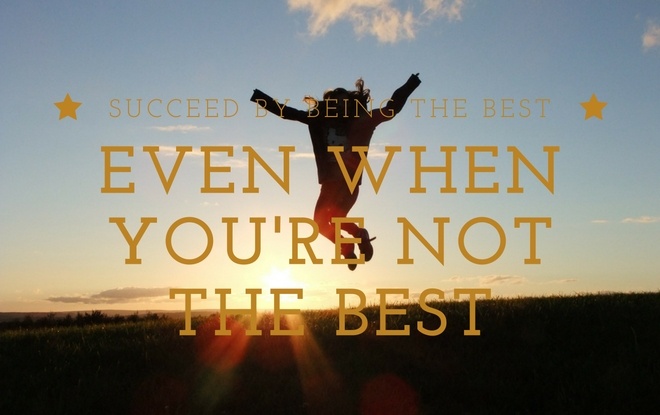 Why? Because their competitor The Hertz Corporation was number 1.

Despite not being first, (Hertz and Enterprise dominate the car rental industry in both the US and the UK), do you think that Avis is ready to hang up the shingle and exit the rental car industry?

Absolutely not! And in fact, they’ve recently acquired Zip-car Inc. a car-sharing service for $491 million.

And what about Tiger Woods? In 2013, he is set to win almost $4 million in prize money (one of his worst years)!

Player #125 will make around $300,000. That’s over a quarter of a million dollars for being nowhere near the best!

If you’re making money doing what you love, don’t let the perfectionist called BEST get the better of you performing at YOUR best.

How much money would I like to make not being the best?

One day, you could wake up and find you’re the best even though your focus was about striving to be the best you can be at what you love doing.

Getting A Dose of Pattern Interrupt

Why Female Entrepreneurs Should Ignore The Media