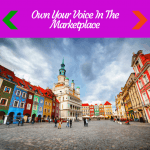 Owning Your Voice In The Marketplace 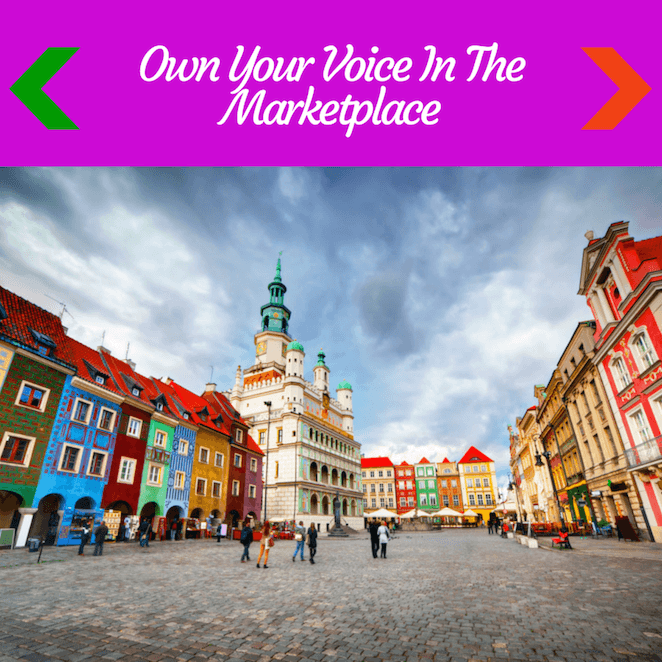 In business, if you want to ensure you’re not attracting the wrong crowd or you’re getting no response at all, you might want to check whether those listening to you can hear you and identify with you.

Let me illustrate what I mean by using a poem I love, “The Lion And The Rabbit.” I’m using it to set the stage for today’s article and illustrate what can happen when we use someone else’s voice in our business.

A Lion met a Tiger
as they drank beside the pool.
Said the Tiger to the Lion,
“Why do you roar like a fool?”

“That’s not foolish,” said the Lion,
With a twinkle in his eyes,
“They call me the king of beasts,
Because I advertise!”

A Rabbit heard them talking,
And ran home like a streak.
He thought he’d try the Lion’s plan,
But his roar was just as sqeak.

A Fox then heard the Rabbit.
He had dinner in the woods.
So when you advertise, my friends,
Be sure you’ve got the goods!

Oh brother! I bet in trying to copy of the voice of the lion, the rabbit had no idea he was initiating his own death!

Something I never thought of until writing this is the fact that because he was imitating someone else’s voice, he wasn’t minding his own business, but trying to get the same recognition as the lion.

Does that resonate with some of you?

Here’s My Quote For Today …

Just because you can make a sound, doesn’t mean you will make an impact.

I know I’ve been there. And it’s okay to admire people, but you must be comfortable with your own gifts, your own talents and your own voice.

Keeping Quiet Is Just As Bad

There was a time in my life when I unintentionally suppressed my own voice for fear of being included with those who were marketing with hype, sleaze and manipulation. I couldn’t and still can’t do the $197 yours for free unless it really is free for a period or, I’d sold the item for $197 at some point. To me, that’s a big part of staying in integrity.

But instead of just doing things my way, I didn’t do much at all, until I discovered my voice in 2009.

What Are You Known For?

It was late December 2008 and I looked around the web and noticed that if you mentioned Alex Mandossian’s name, people would associate him with Teleseminars. If you mentioned Marlon Sanders, you’d think of Copywriting and John Reese, traffic secrets.

So I asked myself, “what are you known for, Trish?” And in truth, I couldn’t answer.

I had been blogging and even building blogs for other people, but I was still dabbling in the online marketing world and not really being specific about which element of marketing I focused on.

But once I made my decision it was going to be blogging, using WordPress, I called my millionaire mentor, Alex Mandossian’s office, and asked whether I could be added to his vendor list as I was one of his Teleseminar Students.

I was told to send some information and that Alex would get back to me if he wanted to take it further, but you can imagine the look on my face when I came home to find a message on my answer phone from Alex Mandossian himself!

It was a turning point in my business and then Alex Mandossian also offered to personally mentor me – not just via the Teleseminar Course. I mean wow! I was truly honoured.

I learnt back then that when you make a decision and stay positive about what you want, doors of opportunity that you never considered will open for you.

But Then Transition Happens

Yes, it happened to me.

I had decided to move away from blog building into more consulting but I made the same mistake I had done previously … I wasn’t clear on my message.

I wasn’t clear about who my market were, what they wanted and why I was the one who was going to give them the solution.

That was a big mistake, and like the rabbit, I almost got eaten … almost!

It Was Time To Dig Those Old Wells

The principle I applied here was actually from the story of Isaac in the Bible. There was a famine in the land and Isaac was going to go back to Egypt but God had told him to stay in Jerusalem and build his father’s old wells.

In other words, go back to what was working!

I didn’t feel compelled to go back to being “The Blogging Queen,” as dubbed by Alex Mandossian, but I did feel the urgency of getting clear on my message.

Once I did this, doors once again began to open.

And it was this clarity that brought me to recreating The Influential Woman, almost 10 years later, giving me the opportunity to inspire so many women’s lives.

It will happen for you too once you get clear on your message and communicate it using your own voice. Be like the lion … happy with your own roar. It might sound foolish at first, but it will get you noticed without trying to imitate someone else.

Own your voice in the marketplace, it will ensure you attract the right audience.