I wanted to share my journey of becoming an entrepreneur with you since it gives context and meaning to my message here on TrishJones.com, as well as a little more about me and why I do what I do today.

Early Beginnings As A Ministry Leader

My real journey began January 08, 2006 when I birthed my dream … my ministry – Women of Influence. At the time, TrishJones.com was already up and running, but it was a sitting duck, attracting no traffic.

The title of my first article on my new shinny Christian Women’s website was, “I’ve Finally Given Birth,” and began … “I’d been in labour 4 days and 4 nights…” And believe me, it really did feel like labour pains trying to launch that site.

I was excited and now I felt as though I was in ministry! Woohooo!

But over the months, which turned into years, the excitement dwindled and I knew something was missing. I even went almost a year without publishing on the site because there was a void I felt wasn’t being filled.

You see, Women of Influence (a site I’ve now sold) was NEVER meant to be a Christian Women’s site when I started. I had always felt that my ministry was to women but not solely to Christian Women.

Where I felt I was being called, was to create a portal where women could learn about purpose, business, about health and fitness, or “Wealthness” as I like to call it – a combination of the words Wealth and Wellness.

I wanted women to have a place to connect and just “BE” themselves, without having to justify who they are in their core, and certainly a place where they could learn to live an authentic life without having to compete with men OR other women.

Hope you clocked that one because we’re going to be talking about this a whole lot on this site! 🙂 It should excite you because I want you to be able to look in the mirror and say, “welcome” to the original YOU.

Where The Lines Of Ministry Are Often Blurred

If you can preach, if you have a calling on your life, the Church has resigned itself to believing that you should be on a pulpit.

However, I felt that what I was called to was bigger than that – though I still love the pulpit! But the naked truth is that …

Most of the people I’ve been called to reach are probably never going to darken Church doors, but I still DEEPLY desire to encourage support, mentor and coach them.

I still desire to see them maximising their potential and being an influence in their place of work, their community, Church, School, marketplace, home and society in general.

And this is why I’m stepping out … to meet women (and men) where they are at… some broken, some confused, some just needing direction, some just needing someone to understand them. And if you’ve read my personal story, you’ll understand why I feel their pain of wanting to do more and be more.

When You Lose Your Identity

My problem in the early days of launching Women of Influence was “how do I position this thing so that a) I get found by the search engines and b) I serve the women I am called to serve?”

This is when my mentor at the time suggested I speak to Christian Women.

The term was specific enough to get ranked in the search engines but that was when the gloom began.

I would visit all of these forums for Christian women and MOST of the time, they were either boasting about how well they were doing as a wife and mother or, lamenting because they couldn’t step up to the plate of the Proverbs 31 Woman!

I’m not kidding … one of the conversations was a young woman commenting that her husband is a chef  and he loves to cook, and another, more mature woman, warning her that she must pray about it to see if God was happy that the man did the cooking! Not only was I shocked, my attitude was “I never bought into that! No matter how long married.”

And I could go on about the religiousness of these women. But I soon recognised that there was a deeper issue …

they had lost their identity and was hoping to find it in the Proverbs 31 Woman.

However, they were STILL misunderstanding who the Proverbs 31 Woman was. And I can assure you, she would have cringed at their conversation, and more so that they had reduced her to a housewife and a good mother!

Somehow, they had bought into a lie that this was humility. I personally thought it was humiliating.

And so I kept asking the question … “what is it that women want?”

And then one day I got that Ah hah!

Women Are Different To Men And We Need To Honour That, Not Suppress It

I’ve watched, mainly from the sidelines as these women, many whom joined my Newsletter, struggle to BE themselves.

And trust me, I’ve even had my fair share of dealing with these women’s temper tantrums! “You post too many times,” “I can’t be on your calls because I don’t have any speakers on my computer and no one to fix them,” “why have you sent me this” – bearing in mind they signed up for my newsletter and have to go as far as confirming they want “in!”

But, in a world dominated by men, women I believe, have done one of two things … either they’ve taken the stance of the women on the forums mentioned above and reduced their femininity to nothing more than a good housewife and mother, or in order to be successful and compete, they have tried to compete like a man.

I was compelled to encourage women and give them permission to stop doing either.

IF I were still speaking predominantly to Christian women, I’d be giving you the low down on Eve and the importance of her position, but since it’s no longer (though that won’t stop me really :-)), I’m just going to tell you …

if you’re a woman, you were born for much more than playing the servant to your husband and running behind your children!

And please note, I am happily married, I love my husband and adore my daughter and yes, I run behind them and I cook, clean, wash and iron! So my comment bears no indication to the fact that I’m a women’s libber about to burn my bra!

But I acknowledge that I’m much more than the housewife and errand lady, and as a result, both my husband and daughter benefit and flourish too.

Women are different to men and need to honour that. In fact, I believe that more men want to honour us than we give them credit for, but we don’t allow them because we keep wanting to be like them!

And as women, when we disconnect from our femininity, we tend to go into the world and create in masculine ways. However, for most women, this will make us sick, emotionally, physically and spiritually, because rather than rejuvenating and revitalising our bodies, trying to create like a man depletes us.

Ever since I had my daughter, fourteen years ago, I have had more compassion for women who want to earn money and yet take care of their children at the same time.

My family was shocked when I decided not to go back to work because I was the career woman going places. But when I held my baby girl in my arms, a feeling of selfishness overwhelmed me and I wanted no one else to look after her but me!

Can you see why? 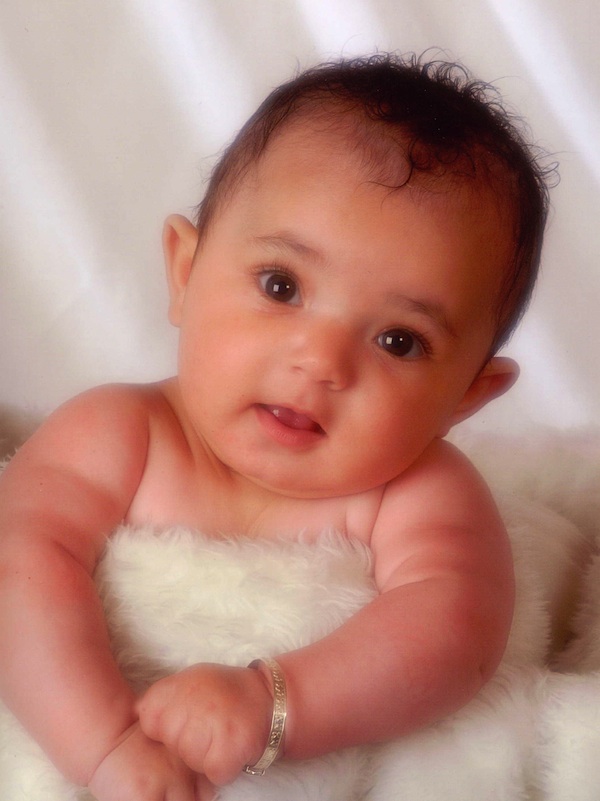 And I no longer wanted to be in the office at 7:30am and leave at 6:00pm and beyond. I wanted stability for my little girl.  So for me, the best for her was that I was around … but I also wanted to earn money!

It took some time before my coaching and consulting practice started making an income, and in fact I fell into business coaching after the frustration of trying to get my website built for my life coaching practice.

In the end, I learnt to do it myself and then other people started asking me to build their sites for them. So this is how my business coaching practice was born.

So Why The Combined Business, Spiritual And Lifestyle Focus?

Whilst I’m by no means being critical, I had been feeling a strong need to move away from the “religious” spiritual/secular divide that became evident as I published Women of Influence as a Christian Women’s website.

I wanted to help women – Christian or not – see just how important their voice and their role is in the marketplace and society as a whole.

I wanted these women to understand that they had a purpose and a destiny and that the feeling they had, that they were more than they were giving themselves credit for, was real.

And in my quest to help these women, I realised that when a site focuses more on preaching, Christians we can tend to forget that we actually live on earth. We tend to end up living as though everything and everyone around us is so evil and that we escape into our religious zone where we feel comfortable, and we long for Sundays so we can spend the day with our “real” people.

If you’ve been in that zone, whether you admit it or not, I want to move you away from your religious rock (and no, I don’t mean Christ, I mean the one you’ve created for your own comfort), and get you out into the world where God wants you to make an impact, give hope and show grace to those you come into contact with.

I’m in no way excluding the men, but let me just give my final words to the women …

I want us as women to make our impact in the world fully being able to embrace who we are as women, speaking up from our own voice, but at the same time understanding that we don’t have to behave like men to be successful and to make an impact in the world.

Now To The Men!

I’m personally grateful to the men who join our community and I appreciate your input and your presence.  I always say that men keep us women grounded!

And as to the men in my life, I want to personally thank my husband, Chris … “baby, you’re my rock!” I thank my dad, Samuel Gordon Senior and my 4 sibling brothers, Darren, Dennon, Samuel Junior and Malwyn. Love you guys!

And Final Shutout To The Women!

“Mum, you are my queen! Thank you for making me the influential woman I am today.” To my little sis, Dion, “your resilience inspires me.” And to my cousin and confidante, Sharon, “even the coach needs an outlet, and God couldn’t have chosen a more grounded person help me keep a healthy perspective.” I so love you all.

And there are other women who have had a hand in my journey. You know who you are and I’m oh so grateful, but must not forget to mention my spiritual mentor, Pastor Christine Kumbin. “Thank you for recognising the gift in me and not failing to give up digging until you discovered those pearls!” And Kristine Gunn, my first coach, “Thank you for pushing me back onto that speaking platform!”

If you’ve enjoyed reading about my journey I hope you’ll join our community of entrepreneurial and influential women.