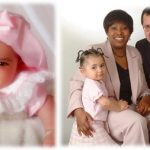 Trish’s inspiring story is one of tragedy and triumph, brokenness and healing, fear and freedom.

Raised by her grandparents, Trish wanted for nothing, including love, and she was still able to keep a close relationship with her parents. She had a near perfect life and at 13 years old, things got even better when Trish acknowledged Jesus as Lord of her life.

Then at 15, tragedy struck and Trish’s near perfect world crumbled.

On Friday 28th May 1982, she retuned home from school to discover that her Grandmother had been brutally murdered in their home by a family friend, who later that day hung himself.

Despite this turmoil and tragedy, Trish never let go of the truth, that Jesus wouldn’t let her down. And, although life was often a struggle, emotionally and financially and, despite the abuse (by a non family member) that almost destroyed every dream she’d ever had, God would prove to her again and again that His love never fails.

Not only did Trish marry the man of her dreams at 22, God brought her closer than ever to her family and even when surgery threatened the possibility of her and her husband ever having children, God proved himself faithful again and within 2 years, gave them the most beautiful little girl. 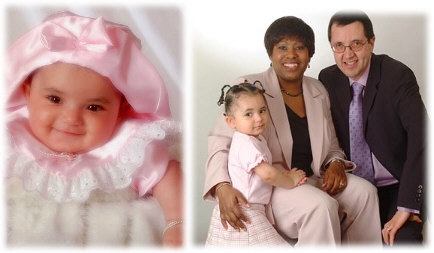 And, her story didn’t end there, and neither did God’s blessings …

“Looking back at my life, it feels like watching a Hollywood movie, only I don’t feel like the victim, but a victor, merely because I know I’m an overcomer.”

Trish, a Coach, Author and Speaker, completed her MBA at the University of the West of England in 2001 at 5½ months pregnant and felt that after her years of study, it was time to hang up the text books and focus on her new family. But, within 2 years she found herself back in the classroom, this time on the Transformational Leadership Course at her Church, which equips people for general leadership and ministry work.

During the course, Trish told one of her Pastors that she had no idea what her ministry was and admits deep down, she wasn’t even interested in having a ministry . She had previously been involved in evangelical ministry, preaching the gospel nationwide in the UK for more than seven years, and was now building her coaching and speaking business and this was how she would touch lives.

But then, just five months later during a Women’s conference, God showed her how He would use her story to set other women free. Trish had visions of herself speaking to thousands of people and seeing them freed from the bondage of their past.

The next day, she received a prophetic message through one of her Pastors and again a few weeks later from another of her Pastors, both confirming her vision.

“I wish I could fully explain the freedom and the peace of living without fear and the bondage of my past. As Israel Houghton sings, “I lift up my hands standing unashamed,” and my heartfelt prayer is that every man, woman, boy and girl would experience this same freedom and peace.”

Trish’s philosophy is simple, and it is the message she preaches and teaches in both Christian and business arenas… “it’s all about perspective.” When our perspectives change, our lives change and so will the lives of people around us.

For the Believer, what makes the significant difference, is seeing things from God’s perspective.

Trish, a member of Elim@Bristol Pentecostal Church, is a Graduate Bible Student with the Elim Regional Training Programme, which equips people for ministry and greater involvement in Church life through a series of theoretical and practical training.