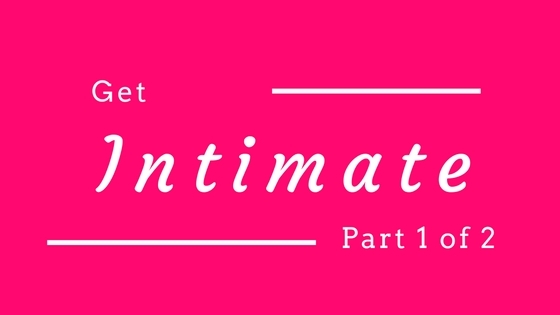 In 1989 when Chris and I were to be married, before we even said “I do,” we had people questioning us about trifling things such as the two bedroom flat (condo to my US readers) I was living in at the time, being too small and impractical for a family.

We even had concerns as to whether we’d be able to provide Grandchildren because we had to sleep in my single bed for a few weeks after the wedding – can you believe it!!

I Married Chris for Chris …

So let me assure you – I had zero intentions of having babies in the first few years of our marriage so in my mind, these issues didn’t even exist.

I do still laugh today at Chris’s response when I suggested he put a double bed on the list of “things to buy” before the wedding.  He hadn’t even thought of it… bless him!

Anyway, my response to people back then was that I wasn’t getting married to have babies, I was getting married first and foremost because I was in love! So much in love in fact that I wanted to share my husband with no one, not even a baby!

Sound a little selfish? Maybe so, but I wanted Chris for Chris and our marriage wasn’t based on the condition that he could give me babies.

It is true that neither of us expected me to be in my 30’s before deciding to settle down and have a family! So, the one and only baby came along after 13 years of marriage. She was well worth the wait though.

But even in 2000 when an operation to remove fibroids caused some concern as to whether we would have children, guess what, most of the time, our main topic of conversation wasn’t babies. In fact, one of my directors where I was working at the time, gave me the best piece of sound advice after my operation.  He said:

“Trish, if you and Chris find that you can’t have children, focus on what matters most – enjoy each other and live your life with or without children.”

My dad had given me similar advice and though hard, it was when we stopped focusing on the conception that I became pregnant.

What has this got to do with getting intimate you’re probably wondering?

First of all, though I’ve been talking a lot about babies, I’m actually talking about getting intimate with God.

And just like I wanted Chris more than I wanted the fact that he could give me children, God wants to relate with you more than He wants what you can do for Him!

In verse 1 Paul tells us that above all else “present your bodies a living sacrifice, holy, acceptable to God, which is your reasonable service.”

Paul goes on to say in verse 2… “and do not be conformed to this world, but be transformed by the renewing of your mind, that you may prove what is that good and acceptable and perfect will of God.”

Notice, Paul didn’t say find the will of God first and then when He’s shown you your purpose and when things are going well, submit to him. No! He said have a relationship with God, get intimate with Him and then He will show you His will or purpose for your life.

First of all, you have to grow and develop. You have to know who you are, and who knows you better than YOUR Creator Himself.

If He gives you what you desire before you’re maturely ready for it, guess what, it could destroy you.

But a more mature person will recognise that when things go wrong, when things don’t go according to your plan, you’ll still have a clear perspective … a God perspective on life.  He will give you peace in what seems to be your darkest moments because perspective leads to clarity and clarity leads to power (a topic for another day!)

So, if you haven’t found your purpose yet, or you know what it is but know you’re not living it, don’t lose heart. I’ll talk more in part 2 tomorrow about how getting intimate with God will give you a clearer sense of purpose.