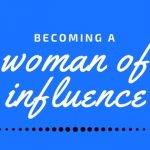 Becoming A Woman of Influence 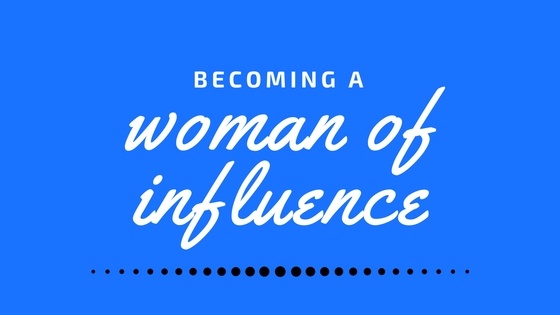 Many Christian women struggle with the concept of the Proverbs 31 Women, either because she is too perfect, or to them it smacks of being submissive to a man!

However, the Proverbs 31 woman is what I regard to be the ultimate woman of influence. Not merely because of her excellence in all areas of her life, but more importantly because of her fear of the Lord, which we know from the book of Proverbs is the beginning of wisdom.

And, notice that her praise emanated from her “reverent and worshipful fear of the Lord” (Prov. 31:30), which is the very foundation on which her whole life of influence was built. Some people have been misguided into thinking that it was her role of mother, wife and a good housekeeper that gained her the name Virtuous Woman. There are entire forums dedicated to women trying to imitate the roles of the Proverbs 31 Woman.

But, she was much more than an excellent homemaker, mother and wife. A closer look at Proverbs reveals that she is a business woman, (verse 16,18 &24) she brings credibility to her husband (verse 23) and “She opens her mouth with wisdom” (verse 26) – the principle thing in building and establishing a house.

The key thing is that this Virtuous Woman, as the Bible describes her, walked in the will of God. She was living on purpose and her focus and energy was in accomplishing what God had called her to do. And this was the reason she could accomplish so much, with a little help from her maidservants of course (verse 15)!

By using her natural God given talents she was able to execute whatever she put her hands to with passion and excellence and, with minimal effort.

This woman wanted for nothing. Why? Because she had her priorities in order! She put God first and she was sensitive to Holy Spirit’s leading. He gave her the power which enabled her to become an exemplary woman of influence.

And as a Christian woman, becoming a woman of influence is a “priceless” achievement (Proverbs 31:10 gives the Virtuous Woman a value that is far above rubies), and whether you consider yourself a leader like Deborah, a woman who serves others as did Naaman’s maid, or a woman with a chequered past like Bathsheba, there is a jewel that God has already placed inside of you, and the time has come for you to let that jewel shine!

Living a life of mediocrity, with unfulfilled dreams and bearing the scars and burdens of your past is far from the life that God created you for. He promised you a life of abundance – in everything, not just money – and it is our duty as Christian women to start making a difference in our world.

By this, I mean your home, your community, your Church and your place of work because these are the places where you can exercise the greatest amount of influence.

“She is only one, but she can influence her world”

How can you influence your world you might ask? Start by rekindling those old shattered dreams that the enemy may have stolen from you. You know, the ones that died after the abuse, rape, divorce, death of a loved and the hurtful words that people you respected spoke into your life.

I know that life, I’ve been there! But I became a Christian woman of influence two years ago, even though my salvation dates back much earlier than this to when I was 13.

What changed two years ago? Up until then I let the enemy have control. Without realising it, I was building my life’s foundation on the secret I had kept for 20 years about my teenage abuse.

But by obeying the voice of God, two years ago I snatched back the life the enemy had stolen from me and God turned the bitter experiences of my past into His success story and now He wants to do the same for you.

God desires that your future is filled with all of those things that He has willed for your life and you have the choice to change your story. To become a powerful Christian woman of influence, impacting the lives of your children and those around you as well as your own destiny.