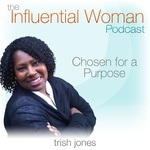 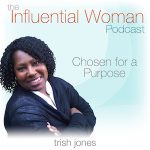 Over the years as I have coached women, I've witnessed potentially influential women at the opposite ends of a spectrum struggle to take their place of influence in life and business, derailed by their thoughts.

I've personally been on both ends of the spectrum and they're both equally destructive. You need money to pursue your mission, but when your focus on money overshadows your big why, your thirst for making a difference changes and you either begin to dislike what you do, or you end up in a direction that you had no business going, and didn't plan on being.

So in this weeks episode, I share what I believe to be the hallmarks of an influential woman and why I believe that any woman can become influential and make a difference in the world. There is no need to be at opposite ends of the spectrum, you can sit somewhere around the centre and experience happiness, fulfilment, joy and also attract a whole lot of money.

You Be The Influential Woman

Previous Post Magnify The Solution, Not The Problem Next Post How to Write So People Hear You